The Premier League is England’s premier domestic football league, a top-flight competition that serves as the crowning glory of English football. The Premier League is one of the most-watched leagues in the world, with levels of viewership, sponsorship, and prestige that no other league can touch. The teams in this league are recognised all over the world and are as second-nature to football fans as national teams like Brazil, Argentina, Germany, and England. The Premier League’s prestige has built steadily over the years. The league was founded back in 1992, taking over from the old First Division, which was founded nearly 100 years earlier in 1888. Premier League games are piped into over 643 million homes around the world, with an estimated audience of more than 4.5 billion. A single Premier League season runs from August to May. There are 20 teams in the competition and each of these teams play each other twice, accounting for a total of 38 games each and 380 games in total. There is a lot of joy, disappointment, excitement, drama, and anticipation throughout these 380 games and that’s why the English Premier League is said to be the best football league in the world.

When thinking about football betting, think about the early days of the Premier League who were dominated by Manchester United, who were managed by Sir Alex Ferguson and had players like David Beckham, Ryan Giggs, and Paul Scholes on their books. They won five out of the first six seasons, with their win streak interrupted in the third season thanks to a surprise win from Blackburn Rovers—a win that their top scorer, Alan Shearer, played a big part in. Manchester United remained dominant throughout the 90s, finishing a close second to Arsenal in 1997/98, before winning the next three titles. In 2012/13, the 20th anniversary of the Premier League, they claimed their 13th title. The majority of the first 12 seasons of the Premier League were split between Arsenal and Manchester United, but since then Chelsea and Manchester City have both won the title multiple times and we also witnessed a shock when Leicester City won in 2015/16. Some of the league’s biggest-ever players include Alan Shearer, who holds the title for the most Premier League goals, and Thierry Henry, who was one of its best players in the early 2000s. The league has helped many greats earn their legendary status, including Cristiano Ronaldo, David Beckham, Didier Drogba, Steven Gerrard, Frank Lampard, Harry Kane, and Luis Suarez.

You can place bets on the Premier League right here on Karamba. We have markets active throughout the Premier League season, from the very first weekend to the very last. You can place bets on mid-week crunch matches, final day dramas, and everything else. If it happens in the Premier League then you can bet on it on Karamba. Some of the most popular bets to place are known as outright bets. With these bets you place your money on the team you think will win the league, the teams you think will finish in the Champions League or Europa League places, and even the teams you think will be relegated. A lot happens over the course of a single Premier League season and as Leicester City proved when they won the title in 2015/16, anything can happen! In addition to outright bets and accumulators, where you stack-up your bets, we also have a wealth of match sports betting markets. With these bets, you wager on single outcomes in single games, from the First Goalscorer to the Final Score, the Total Cards/Corners, and more. Remember to gamble responsibly and play safely at all times when using the Karamba sportsbook. 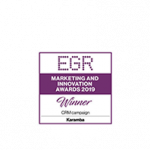